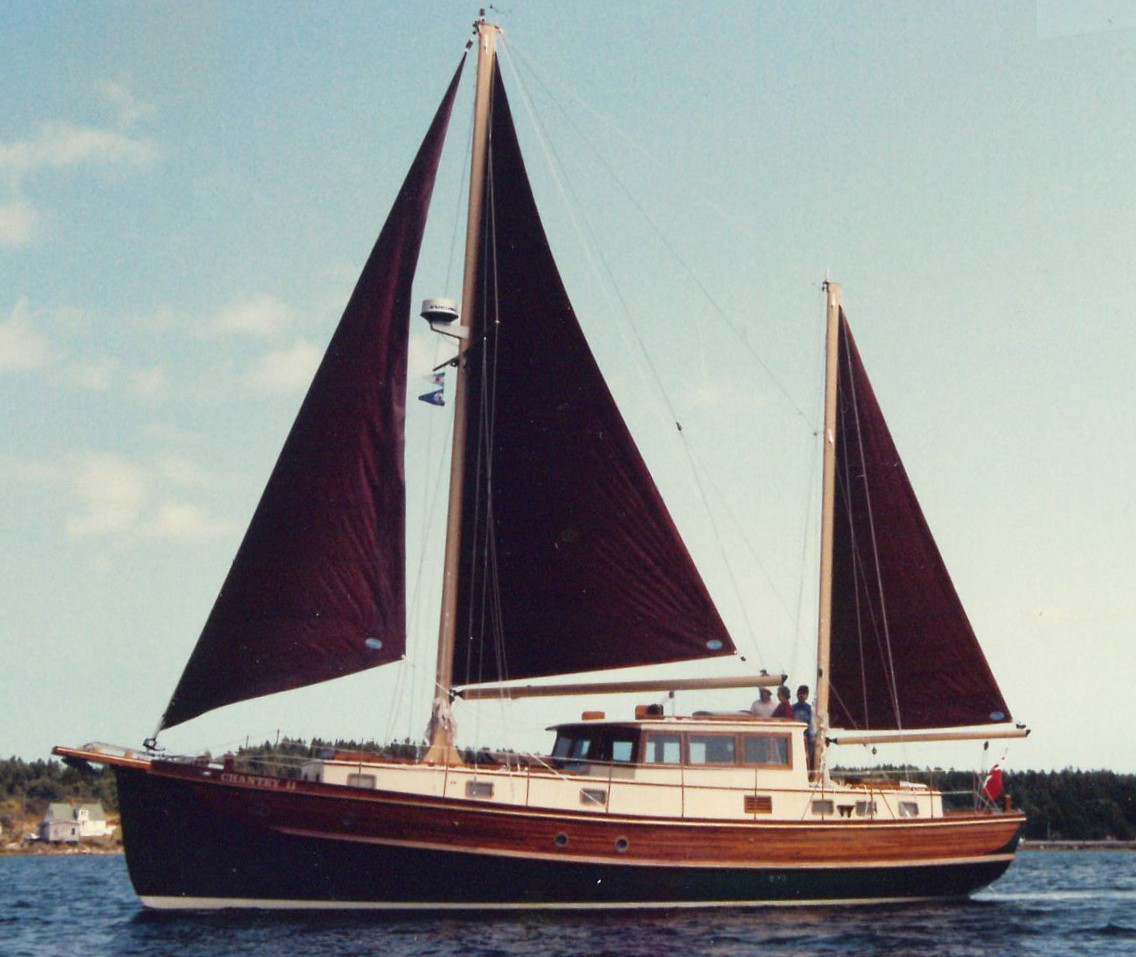 CHANTEY II is built to an original 1933 design of William Hand, Jr. who is often referred to as “the grandfather of motor sailors”. This particular design was for the Wheeler Shipbuilding Company and meant to be used by owner, friends and hired hand for offshore sword fishing. A complete set of plans was obtained from the Hart Nautical Museum of MIT and rights to produce one vessel to these plans were negotiated. The original drawings were followed as closely as possible (re; lines and scantlings) but as opposed to traditional plank on frame construction, modern cold-molded strip-planking materials and techniques were used throughout the hull construction and the interior layout was changed to reflect CHANTEY II’s use as a comfortable long range cruising vessel.

CHANTEY II’s owners stepped aboard for the first time in 1989. Since then they have cruised extensively all along the US Eastern seaboard, The Canadian Maritimes and The Great Lakes with winters spent in the Bahamas and Florida’s East Coast.

In 2017 CHANTEY II’s owners move ashore to follow a different path in life but CHANTEY II was not forgotten and has remained in the water under careful watch and regular maintenance provided by a professional yacht captain and maintenance contractor.

Today CHANTEY II is now being offered for sale. It is the hope of her sellers that she will become the property of yet another adventuresome couple who will continue her voyages.For complete information on this boat, contact our broker John Maxwell by phone (207-359-2193) or by email (brokerage@brooklinboatyard.com). 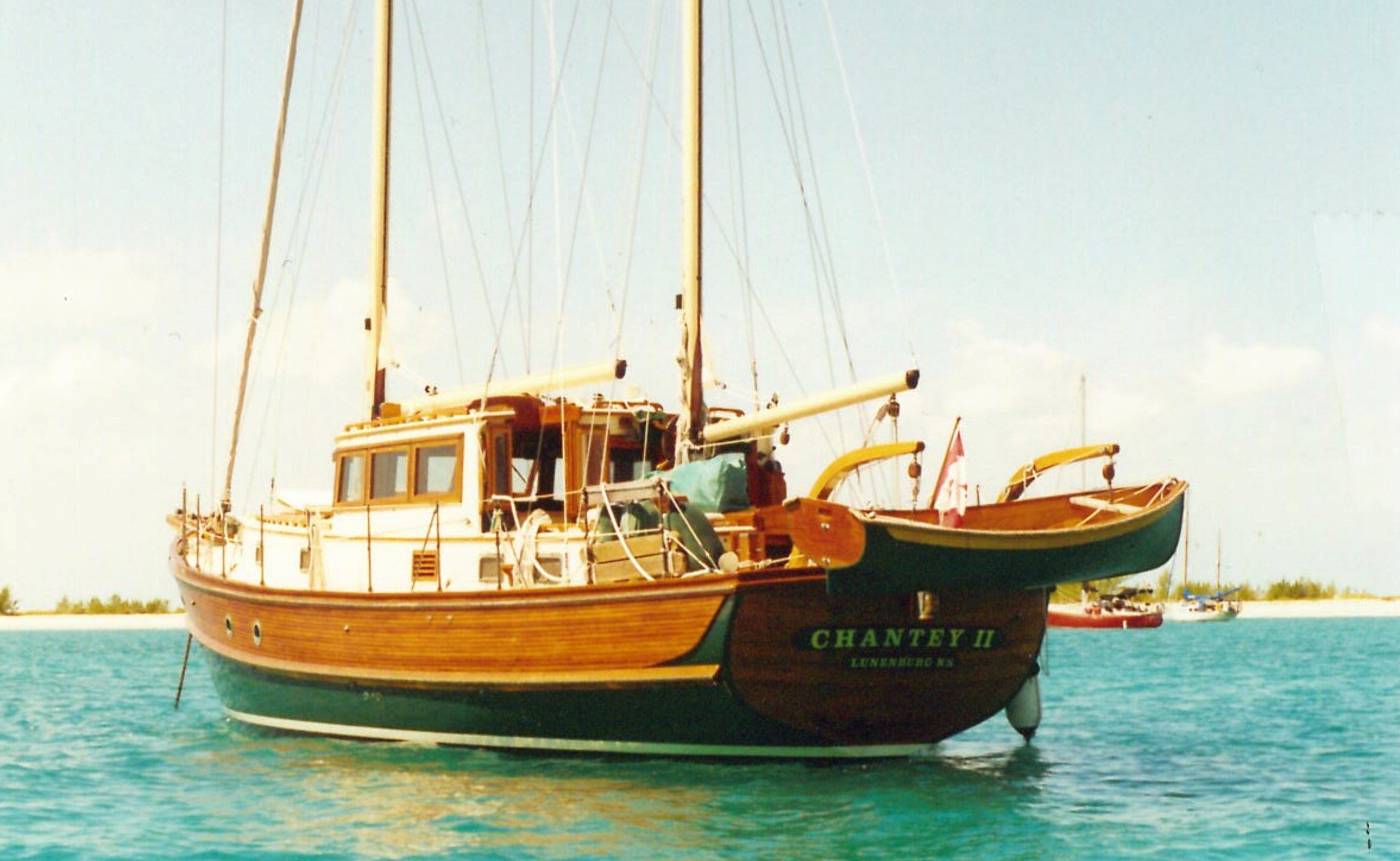