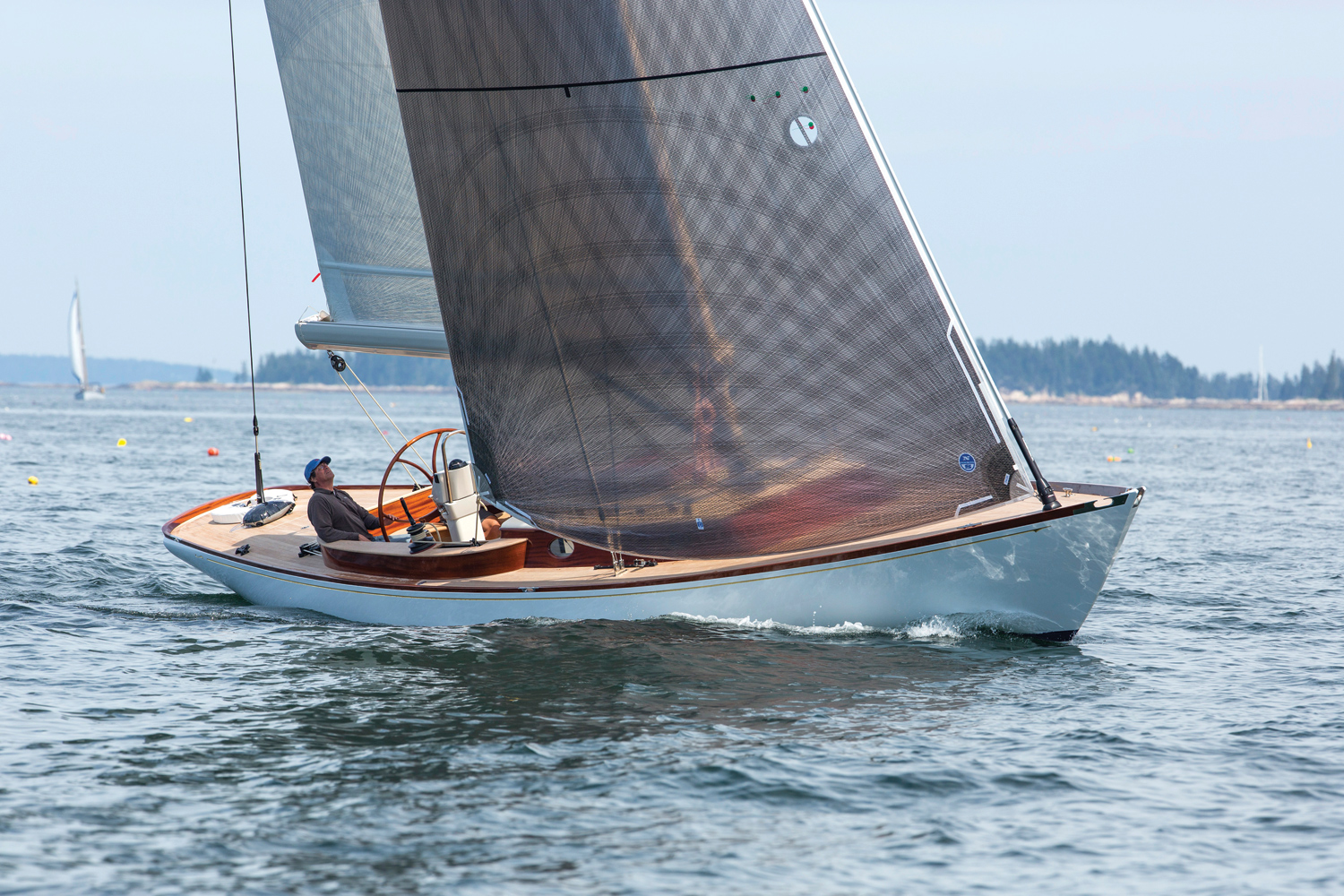 Check out an article about Iris in the Weekly Packet:

“In a brief, pre-launch speech, Iris’ new owner, Andrew Barrett, thanked the crew for the care and passion they put into the project and noted that the boatyard had produced what he had been promised, on time and at the stated cost.

“That’s the first time I’ve had that happen,” he said.

Barrett said that Iris was the “largest, fastest and most beautiful” of the many boats he had owned during his life, noting that her name comes from Greek mythology. Iris was the daughter of a sea god and became a messenger of the gods. He said he hoped Iris will bring “pleasure and safe passing to all who sail with you.”