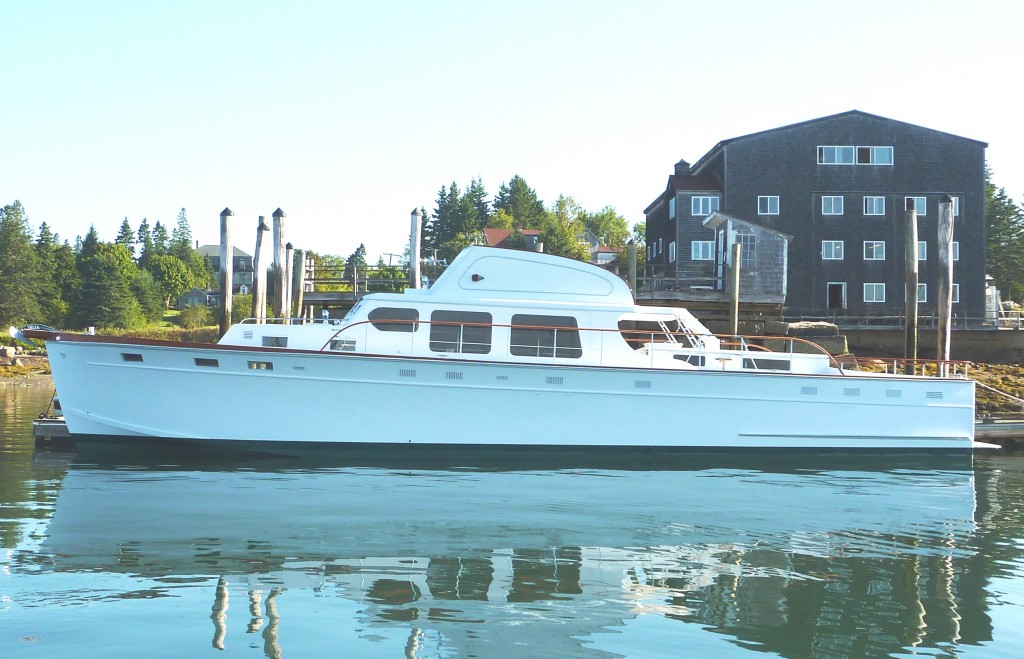 MERIDIAN is a Huckins Out Island 56 built in 1964. She was purchased in Florida and her then owner had the boat trucked here to Brooklin Boat Yard for an extensive restoration / refit over the course of the fall / winter / spring of 2009-2010.

While for the most part structurally sound there were some areas of the bottom that did need attention and were rebuilt and replaced. With the exception of the engines and Huckins V-drives all of the other mechanical, plumbing, electrical and electronic systems were removed and replaced.

A new flybridge was designed and built and finally the boat was completely repainted inside and out and her brightwork was stripped, sealed and varnished

MERIDIAN was relaunched in the summer of 2010 and now spends much of her time in her homeport of Newport, RI.