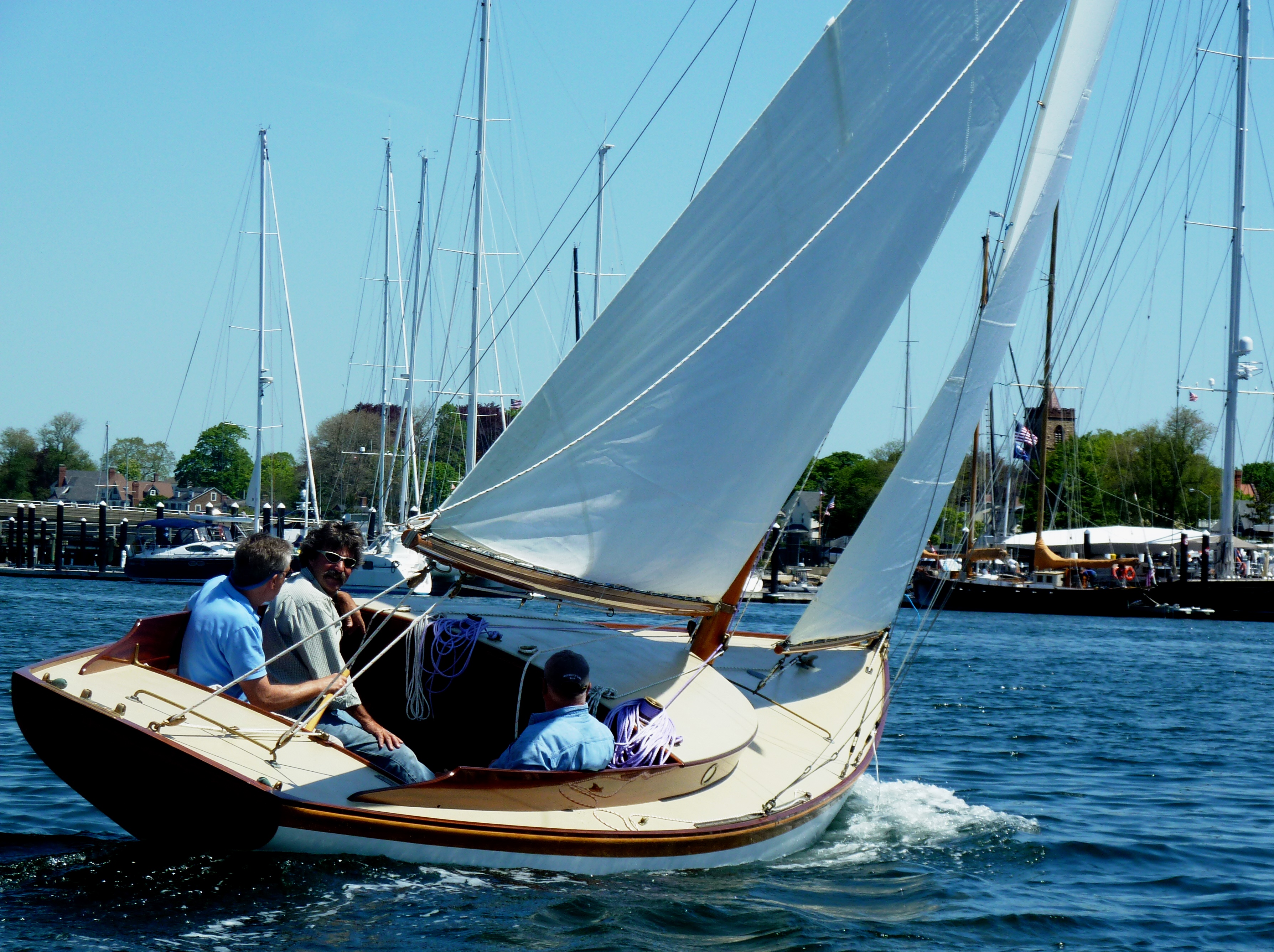 Originally built in 1927, MISCHIEF had been under the same ownership since 1932. MISCHIEF had been a fixture here at the yard for as long as anyone can remember so it seemed only fitting that when her owner passed away MISCHIEF was left to the care of Brooklin Boat Yard with the understanding that she would continue to be maintained and sailed. In August of 2011 work began on what at first was thought to be an extensive refit of MISCHIEF but quickly changed to a full-on restoration project under the direction of Brian Larkin who had previously headed up the restoration of “Aphrodite.”

Brooklin Boat Yard ended up replacing all of MISCHIEF’s floors and frames, deck beams and deck, cabin and cockpit, chain plates, keel bolts and sailing hardware. Her planking was in pretty good shape so most planking was retained but her varnished oak sheer strake needed to go and so was replaced.

MISCHIEF’s rig had been modified (shortened) by her owner to make her a little easier to handle by a cruising yachtsman getting on in years. As a part of this restoration Brooklin Boat Yard was able to locate and procure another S-Boat rig from a boat that had burned in a fire while in storage (the spars were stored else where’s) so now MISCHIEF is powered by Herreshoff’s original S-Boat sail plan.

Towards the end of the MISCHIEF restoration project she was purchased and her new owner was able to work with the yard to complete the project. After sea trials here in Brooklin, MISCHIEF was trucked south to join a large and competitive S-Boat one design fleet based out of Newport, RI.