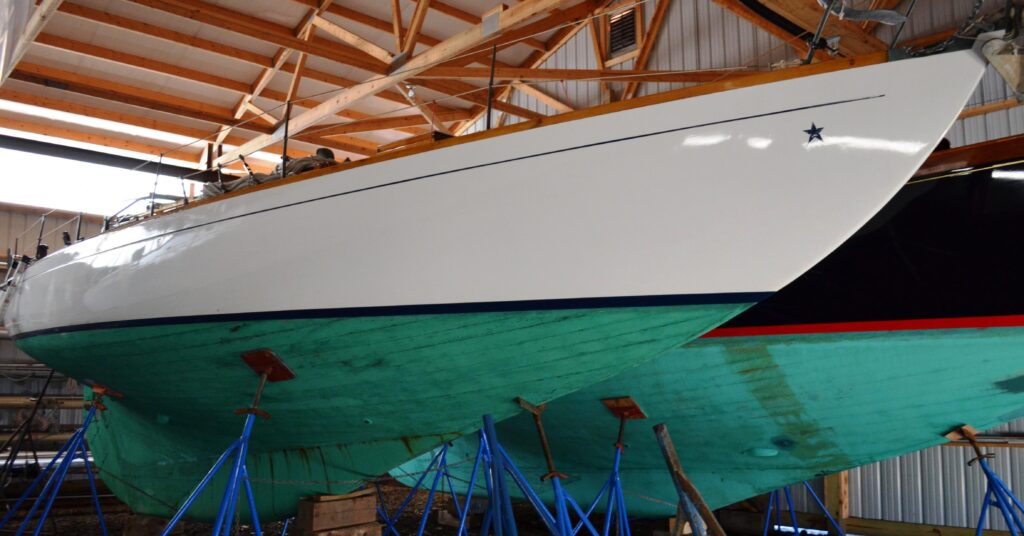 1956, Concordia 39 Yawl
Asking Price: NEW ASKING PRICE: $65,000
The owner of SISYPHUS has just authorized (August 2021) a significant reduction in asking price as he really wants to see the boat move into new hands and continue to offer the joys of sailing, cruising and racing to a new generation.
Located: Rockport, Maine

The Concordia Yawls were designed in 1938 by C. Raymond Hunt with input from Llewellyn and Waldo Howland, Clinton Crane, Fenwick Williams and Frank Paine. Earlier that year Llewellyn Howland’s family’s Colin Archer designed Norwegian pilot cutter, Escape, was destroyed by the Great Hurricane of 1938. Llewellyn Howland commissioned the Concordia Company, which he had founded in 1926 and at the time run by his son Waldo, to design and build a replacement. He wanted a sailboat that could be used for both cruising and racing and withstand the heavy wind and choppy waters of Buzzards Bay.

What was created was Concordia design number fourteen, a 39’10” yawl that would become one of the most successful yawls in history. There were 103 Concordia Yawls produced between 1938 and 1966. The first four boats were produced in Massachusetts. After this initial run of four the Concordia Company commissioned Abeking and Rasmussen Shipyard of Lemwerder, Germany to build the remaining 99 boats of the fleet.

Over the years the Concordia Yawls have won numerous races including the prestigious Newport Bermuda Race, Annapolis to Newport Race, Cowes Week and the Marblehead-to-Halifax Race to name but a few. The Concordia Yawls of today continue in this racing heritage with strong showings in mixed fleet and one design racing on the Classic Yacht Regatta circuit here in the United States and aboard wherever the classic meet to compete.

SISYPHUS (Concordia Yawl # 41) is a fine example of the class and Concordia lineage. Her knowledgeable and meticulous owner (for 44 years) has raced her in three Bermuda Races, two Marblehead to Halifax Races and regional events too numerous to mention here and has done extensive cruising all over New England, Nova scotia, Newfoundland and Labrador.

Over the course of this 44 year ownership SISYPHUS has continually benefitted from care at the best of boatyards in New England and Canada. Most recently (2014 to today) extensive work has been performed by Rockport Marine not only to keep abreast of normal maintenance and upgrades but also by following to the letter suggestions made by noted marine surveyor Paul Haley (Capt. GW Full & Associates). Note that you will see special mention of recent work further in the complete listing description. This diligent (and not inexpensive) “care and feeding” of SISYPHUS is not reflected in her current asking price but does mean that she is ready and able for the next generation of sailors to repeat her past racing exploits and explore even further the cruising grounds of the world.

Stored inside at Rockport Marine SISYPHUS can be seen anytime. Survey and service records available by request. Call or email us to set up an appointment to see SISYPHUS. 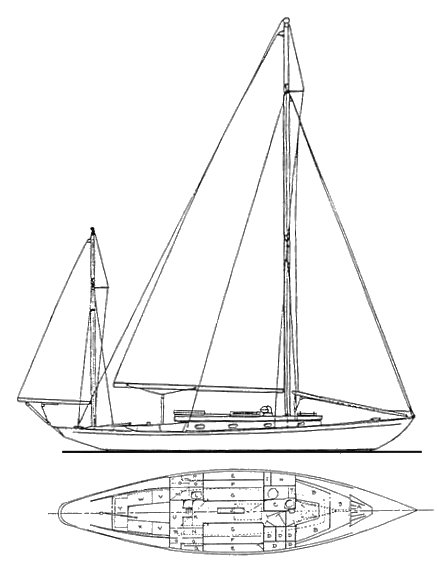 For complete information on this boat or any of the boats offered for sale by Brooklin Boat Yard both new and previous owned
contact our broker John Maxwell by phone (207-359-2193), by email (brokerage@brooklinboatyard.com) or by searching all our listings on Yachtworld.