THE HAWK (sail# US2020) was originally conceived by the late Henry Sheel of Rockport, ME. She was designed to compete in the international competition called the “One Ton Series” (One Ton being the name of the large trophy given the series winner). The boats competing in the “One Ton Series” were designed to a formula and advanced the concept of competitive racing in cruising boats being conducted as level racing (boat for boat / no handicap) with the deciding factor being the skill of skippers and crew. THE HAWK raced in the series in both 1968 and 1969 off Heloland in the North sea. Each country represented in the series was allowed three entries and during these years the other US skippers were (sailmaker) Ted Hood and (yacht designer) Britton Chance. In both years series THE HAWK finished seventh ahead of the other US entries but behind (in 1968) Hans Beiken of Germany and (in 1969) Chris Bouchard of New Zealand.

THE HAWK was built of mahogany by the DeDoods yard in Bremen (Germany) to a design by William (Bill) Tripp and was one of the first “One-Tonners” designed for the United States, her rig and sails were are from Hood. The original ownership  of THE HAWK was a syndicate of Cruising Club of America members including William B. White, Henry Sheel, William B. Dodge, Dan Bickford, Walter Flower, Peter Comstock, George Johnston and Don Robinson and was called the “Ideal Partnership”. THE HAWK was the flagship for the CCA Commodore Peter Comstock in 1978 &1979.

After the heyday of the “One Ton Series”, the IOR rule came to play a leading role in yacht racing and so THE HAWK was modified to compete under this rule. One-Tonners continue to race on the international level and THE HAWK TROPHY is awarded to the best US competitor. Under the IOR rule THE HAWK was actively campaigned by her syndicate in races such as the Newport to Bermuda Race, Marblehead to Halifax Race, Annapolis to Newport Race, Fastnet Race, Block Island Race Weeks, Off-Soundings not to mention winter racing in the Southern Ocean Racing Conference (SORC) and numerous other New England events ranging from Long Island Sound to Penobscot Bay. THE HAWK’s crew was usually a nucleus of the owners and families along others of the sailing fraternity and the complete crew roster over the years would read as a “who’s who” of American Yachting. Over her career THE HAWK garnered over 35 trophies and countless plaques attesting to her racing career.

THE HAWK’s final long distance race was the 1981 Marblehead to Halifax Race. At this point she was owned by two of the original Ideal Partnership members (Dan Bickford and William Dodge) and was modified by the JO Brown Yard (North Haven, ME) to be a more comfortable cruising boat for exploring the coasts of Maine, New Brunswick & Nova Scotia. She was moored in Seal Cove on Vinylhaven and spent her winters at the JO Brown Yard until she was donated to the Island Institute who the sold her to a private buyer. A restoration of the boat was started but for one reason or another never completed and so her then owner offered the boat free to any group or individual that could prove they were capable of completing the restoration of  THE HAWK.

Under new ownership, THE HAWK was fully restored Brooklin Boat Yard and relaunched in 2019. 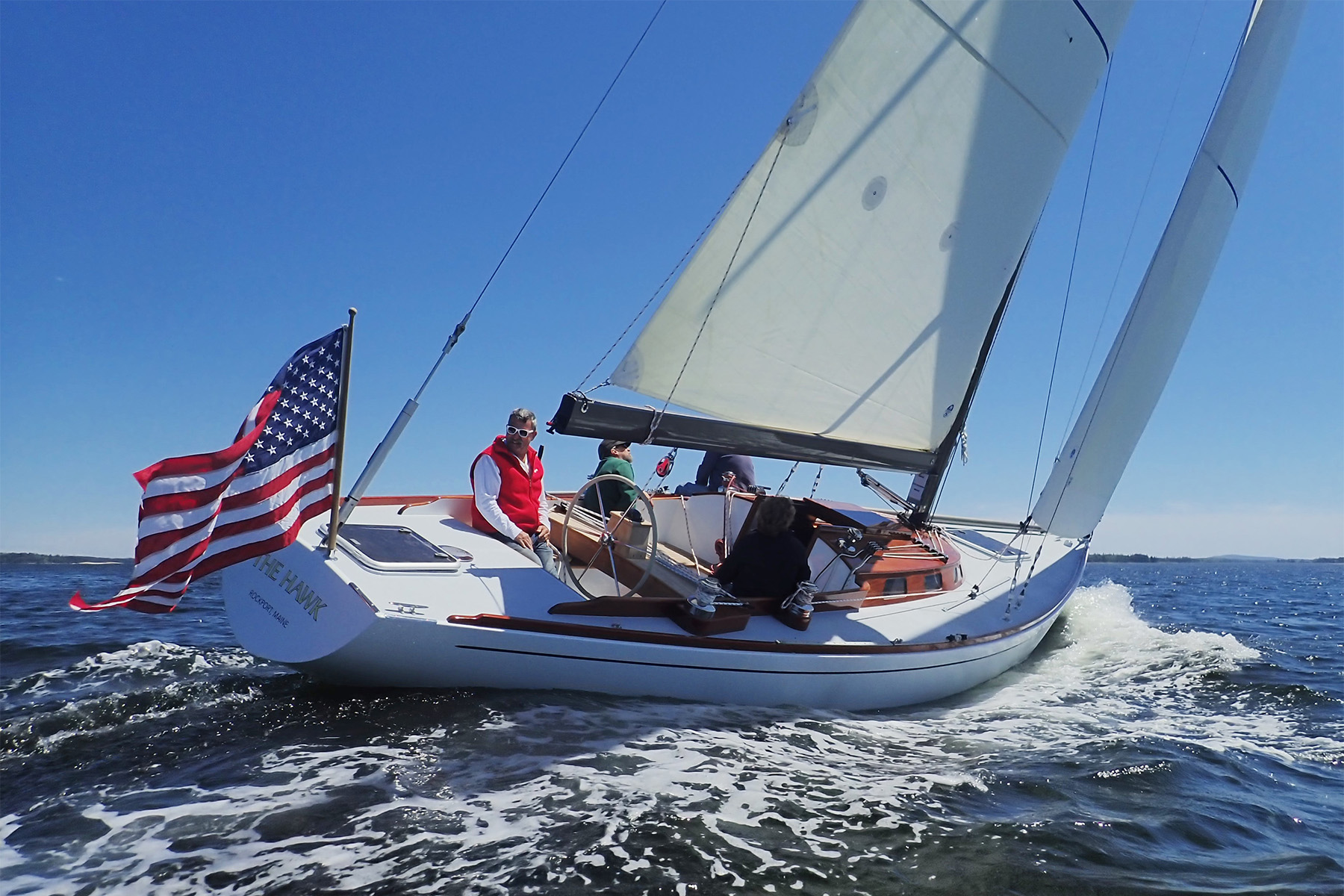 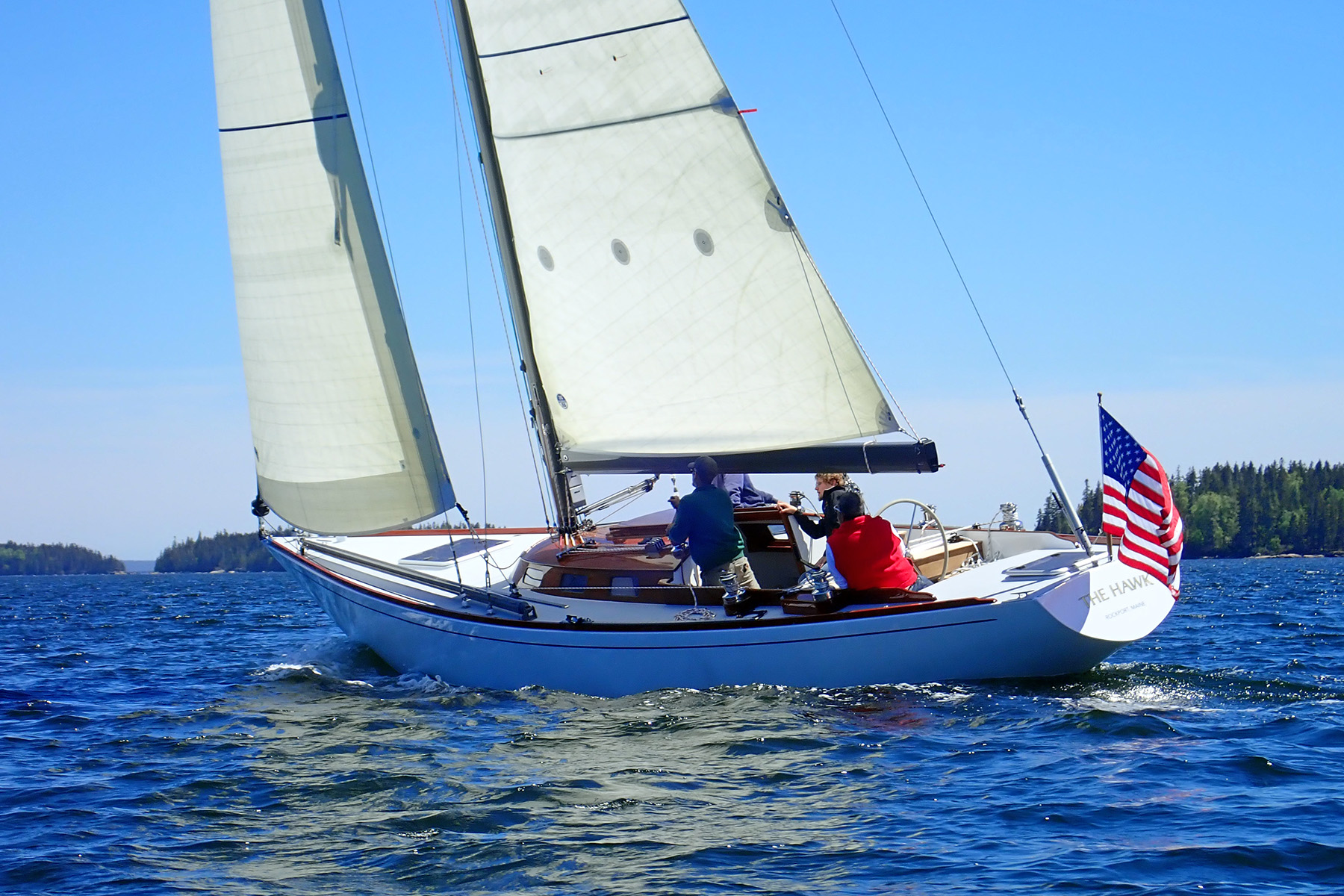 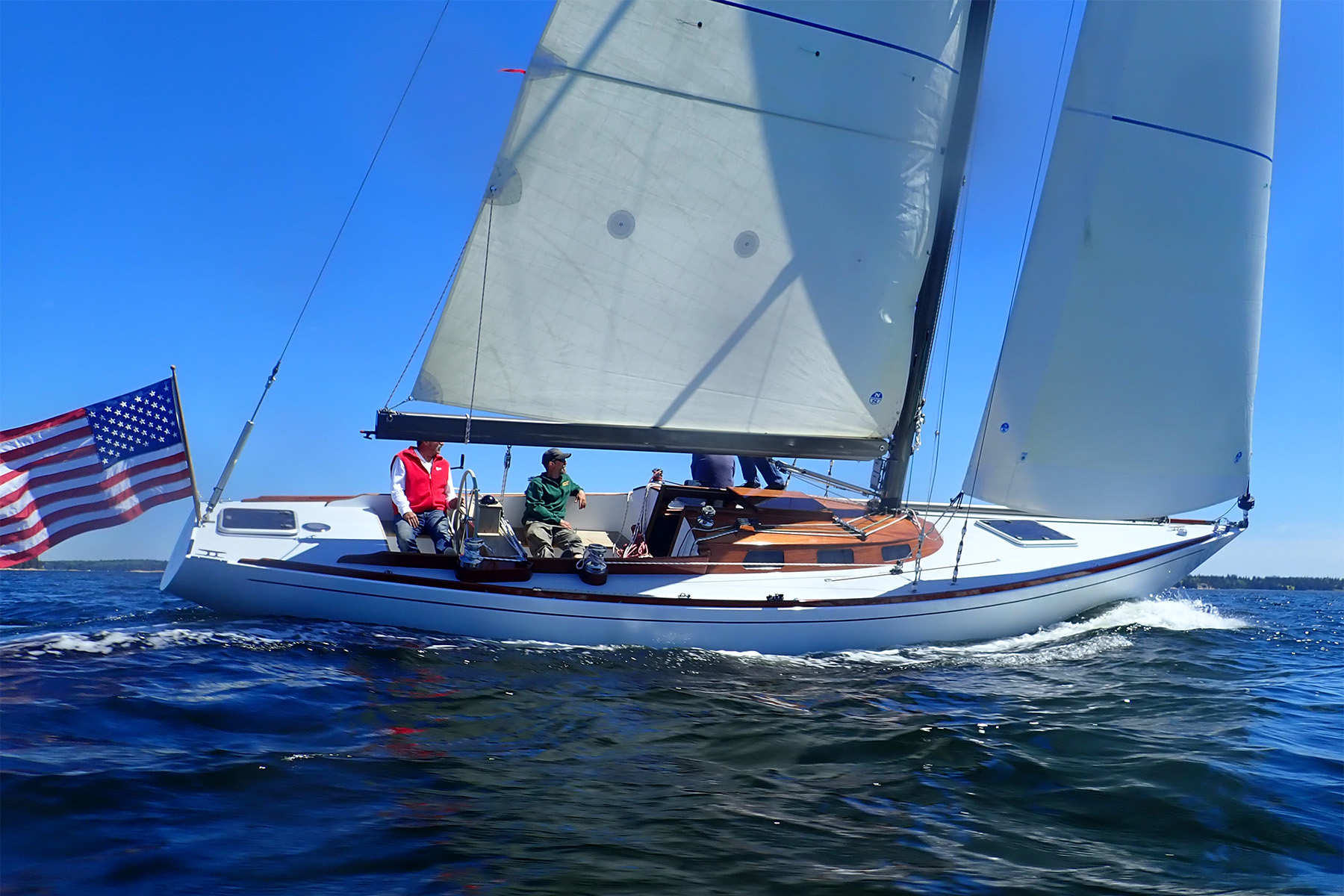